When Obama ran in 2008, he could spout "Hope" and "Change". He could promise to change the tone in Washington. He could do that because he had no record. In 2012, his record is one of failure so now what will he promise that we can believe?

In 2008 he promised to end our foreign oil addiction. Last week he blocked a "shovel ready" project called the Keystone Pipeline that would have provided much needed oil and jobs. Gas prices are up 83% since his inauguration. Relations with the Middle East oil have never been worse with threats to block the Strait of Hormuz. Not that I am blaming Obama for that but Keystone was a great chance for the US to gain independence.

In 2008, Obama said that adding $4 trillion to the debt was unpatriotic but this week he raised the debt limit  by $1.2 trillion. That will just get us through until November. November? Why does that month seem significant? Oh, yeah... elections.

Obama loves to say he is the savior of the middle class. He loves to attack Wall Street but in 2008 he accepted more Wall Street money that all the other candidates combined!

Health care? Well he wasn't brave enough to even mention it in his State of the Union Speech last week. He had promised his plan would bring down health care costs but last year alone, they increased 9%. Employers are having to drop employee insurance programs because of soaring prices and the result will be more people having to scratch around and find affordable insurance or go without. His latest move is to force all policies to cover birth control, sterilization and oral abortion pills which goes against Catholic teachings. Another freedom to bite the dust!!

He promised to change the tone in Washington. We were all for that. His first move was to allow democrats to hold closed door meetings and exclude the republicans althogether. When he was called out on this, his response was, "I won." He had two years with control of both house and senate and yet he cries that he can't get anything done. He got plenty done...all bad. So his new tactic is to trash both houses and  claim once again, that he is our savior. His new slogan is ,"We Can't Wait."So he goes about shoving through his plans by executive order. Sound like a dictator to me.

We are nearing the chance in November to really make a "change." Will America be fooled again? In 2008, Obama had no record. In 2012 he most certainly does and it's called failure.


Chris
Posted by Palisades Republicans Club at 7:44 AM 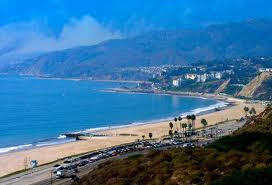